The beauty of web design is more than skin deep. Great designers have a lot more to consider than aesthetics. While elements like photography, fonts, and white space are invaluable, there is a bit more that today’s designers have to consider. Here are just three of those considerations. 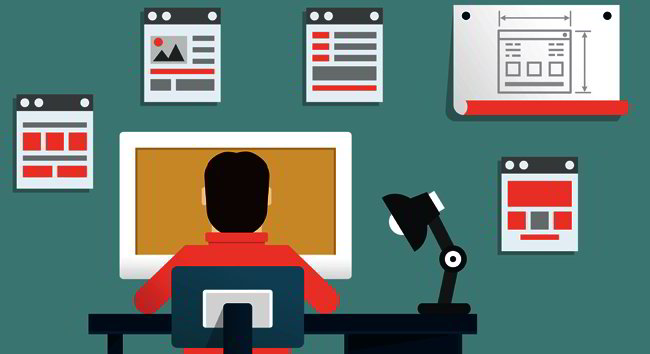 Designing for the web is a lot different than designing for a magazine. In printed media, the only consideration is how things look on the page. Good web design must be equally good looking, in addition to being safe and secure for the people interacting with the material.
Today, malware can be hidden inside of jpeg exif headers. More than a decade before that, people were experimenting with weaponizing jpegs and gifs. Since images are a major aspect of web design, it is vital that designers be certain their images are not compromised on their hard drives, and that they do not acquire compromised images as a part of their assets.
Antivirus protection software can help keep you from downloading compromised files by blocking dangerous websites. There may not be many viruses that can effect your Mac. But like typhoid Mary, you can be a carrier of weaponized image files that can effect others.
It is also a good idea to limit the amount of Flash you use. Flash and Java are two of the most used vectors for 90% of everything bad that happens to a PC. Great design has to keep the security of users in mind.

Your award-winning design means absolutely nothing for the people who cannot access it. An article entitled, “Blind people and the World Wide Web” covers many realities about how blind people access the web. These are challenges designers rarely consider, if ever. The number of visually impaired computer users is difficult to calculate. The Alabama School for the Blind issues either iPods touch or iPads to every student.
Beyond institutional situations, there are countless people who may not be legally blind, but just don’t see as well as they used to. Because web developers and programmers tend to be young, they have perfect vision. That means that almost everything on the web is just a little too small to be comfortably viewed by a large percentage of the population.
The web designers who treat sites like magazines tend to be the worst offenders. Making their layout the highest consideration, they defeat accessibility measures built into systems like the Mac and iOS. Font sizes cannot be increased and reflowed. Screen readers are often rendered useless, all in the name of design. Design without accessibility is bad design.

Not everyone can afford the latest iPad with an A8X processor. It is one thing for the latest games to require those type of resources. But webpages most definitely should not. Websites that are design-heavy such as the Verge, place fidgety design over usability. In product reviews, it used to be a standard test to see how quickly a device could completely load pages like the Verge and Engadget. Powerful devices were routinely brought to their knees.
There is also the issue of bandwidth. All of the Web 2.0 features are literally costing your users money just to load what should be a simple webpage. Designing a beautiful site with unnecessary bloat is a very poor design choice.
Web design is about respect for the people who will be visiting the site. Keep that in mind, and your designs will always be great.