Home / Uncategorized / 10 of the Best WordPress Apps for IOS

The iPhone, like most smartphones, is becoming an all-powerful device that soon will rival laptops in terms of power. The latest model is supposedly 20 times more powerful than the iPhone 5 and so offers plenty of oomph. We’re not trying to preach to the converted, the device has changed the way we live, stay in touch and more importantly work.
WordPress site owners will understand this well. An iPhone or any smartphone now provides a whole other world of apps for site owners and so much is possible using the device. So, let’s take a look at some of the best apps for WP on IOS. 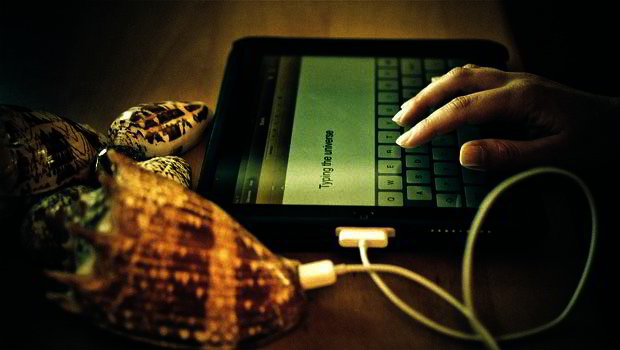 Let’s start in the official realm initially. The WordPress for IOS app is a fantastic one and takes you closer to the desktop version in terms of layout and feel as possible. It comes with a range of great features, including effortless control of comments, the ability to easily add photos, analytics and view HTML code image uploads. It’s a great app and improving constantly, but there are some fantastic alternatives.

This cleanly laid out app works with WordPress.com and self-hosted WordPress.org sites and offers you all you need to publish from an iPhone or iPad. From editing posts to adding custom fields, tags, scheduling, markdown support and also includes DropBox support and TextExpander Touch integration. Posts can be browsed in Safari and also sent directly to Twitter. It’s a fantastic app for people looking to work on the go and make their workflow cleaner and faster.

This app is a little more expensive than many of the alternatives, however in a lot of ways it’s worth it. Why you may ask? Well, Posts has a fantastic interface and makes the viewing of previous articles a doddle – something some of the other apps don’t. It organises them via a well-placed calendar on the sidebar and makes it easy to find your drafts, saved posts, comments and other areas. It’s also well designed if you need to post and allows for HTML editing.

For people that just want to take a buckshot approach to blogging, Blogsy is probably the best multi-platform option there is. It incorporates Blogger, Tumblr and a range of others as well as WordPress obviously and there’s no need to do anything other than enter your site details to begin using it.
The app is a well laid out one and hides the lesser needed tools, while provides the ones you use 90% of the time for ease of use.
At Mysocialagency we found there were a few downsides to Blogsy – it can be a little complex at times and tutorials are needed to make the most of it. It also doesn’t support image insertion from Google Drive, due to API issues. It does work with Flickr and YouTube, so most people will find a way around these problems. However, as a platform that offers support for Drupal, Tumblr and a wide range of other platforms alongside WordPress, it’s very impressive.

If you’re looking for a simple but excellent text editor for WordPress publishing, ByWord is a great option and offers complete markdown support, HTML and rich text export options and also allows you to post directly to WordPress, as well as Tumblr, Blogger and Evernote. It’s a well laid out editor and one we suspect plenty of great iPad written articles depend on.

One of the biggest limitations of many of the aforementioned apps is the way they deal with images. Photo editing app, Aviary however offers you a whole host of enhancements and is also free and after you edit, it replaces the previous image. All you do is then upload it to create an impressive, colourful post.

We’re sure you’re familiar with DropBox, but if you’re looking for an app to complement your content creation on the go, it’s a must. If you want access to all your files on the go and want to pull out that almost there piece you wrote last week and have a few minutes to complete and publish it, then this is a must have app.

Looking for some inspiration but doesn’t have the time to read it now, or won’t have the network later. Then this is the best reading client app on the market and allows you to save pages offline to read at a time that suits you.

Are you on the go, taking notes, or interviewing an industry big wig that you later wish to quote or even transcribe the interview in full? Well, DropVox is perfect as it allows you to save recordings in M4A format and even comes with auto uploading to DropBox.

This app is not completely official, but it still is fantastic and allows you to control the comments on a WordPress site with Disqus. Ideal for interacting, commenting and discussing matters with your community in the comments box on the go.
These are just some of the great WordPress apps for IOS and make life a lot easier for the rest of us on the go. What’s your favourite WordPress app, let us know.
Cormac Reynolds is a writer and a social media lover. He has written a number of blogs in this area and loves spending time in the great outdoors.